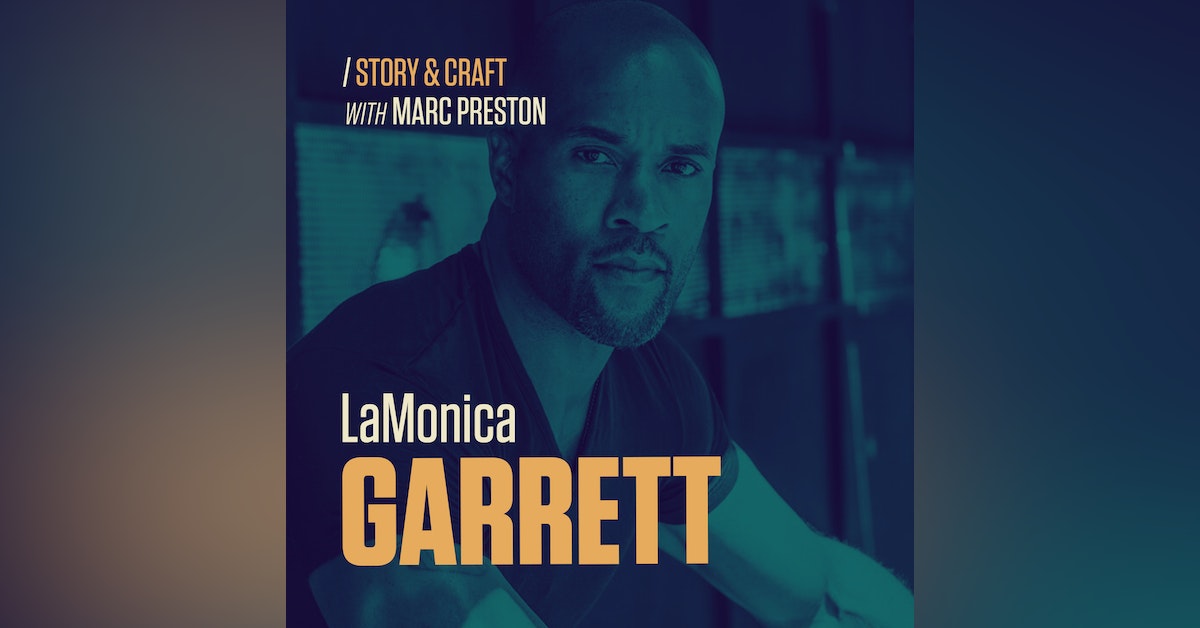 On this episode of The Story & Craft Podcast, we sit down with LaMonica Garrett.  Though he was originally on track to be a professional football player, he transitioned to making a name for himself tackling a wide range of television and film roles.  Most recently, he co-starred as Thomas on the Paramount+ show, 1883.  His diverse work in television includes Sons of Anarchy, Designated Survivor, The Last Ship and even time playing in the DC Universe as The Monitor/Anti-Monitor.  HIs film credits include Transformers: Dark of The Moon, XOXO and Daddy’s Home.  This July, he will be co-starring with Chris Pratt in the Amazon Prime show, The Terminal List.  LaMonica is a talented actor with a great story and the kind of motivational vibe that will inspire and entertain. 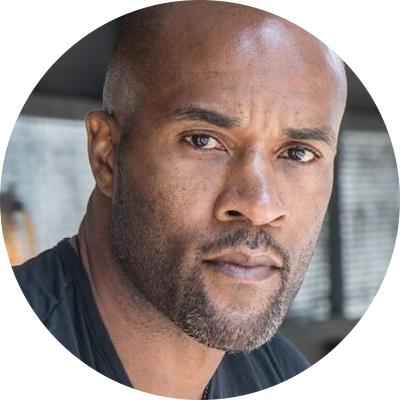 This year LaMonica Garrett can be seen starring in Paramount+’s highly-anticipated, western series “1883” opposite Sam Elliott, Tim McGraw, and Billy Bob Thornton. From Academy Award nominee Taylor Sheridan, “1883” is the prequel to the critically acclaimed mega-hit “Yellowstone,” and is a stark retelling of Western expansion. The series follows the Dutton family as they embark on a journey west through the Great Plains towards the last bastion of untamed America. LaMonica shines as Thomas, a cowboy who is a former enslaved person and an American Civil War Vet – serving as a Buffalo Soldier (African American soldiers who mainly served on the Western frontier) in the war. He is now a Pinkerton Agent and has joined the journey to Montana as the right-hand man to fellow cowboy and war vet, Shea Brennan (Elliott) who is leading the group on their travels. Historically, the Pinkerton National Detective Agency (founded in the 1850s) was the largest private law enforcement organization in the world at the height of its power and was one of the first agencies of its kind to hire people of color and women. “1883” is set to premiere on December 19, 2021.

LaMonica also recently wrapped production in the upcoming thriller drama series “The Terminal List” for Amazon. Based on Jack Carr’s bestselling novel, the series follows James Reece (Chris Pratt) after his entire platoon of Navy SEALs is ambushed during a high-stakes covert mission. LaMonica will star as Commander Fox, a strong institutionalist who never loses sight of the greater mission. “The Terminal List” is slated to debut in 2022.

Additional television credits for LaMonica include OWN’s drama series “Delilah” (2021) and starring as The Monitor and The Anti-Monitor across The CW’s Arrowverse series: “Batwoman,” “Supergirl,” “The Flash,” “Arrow” and “DC’s Legends of Tomorrow.” From 2016-2018, LaMonica starred alongside Kiefer Sutherland on ABC’s political drama series “Designated Survivor.” He is also known for his performances in Michael Bay and TNT’s “The Last Ship,” FX’s critically acclaimed series “Sons of Anarchy” and Hulu’s “The Hotwives of Las Vegas.”

In film, LaMonica was recently seen in the award winning, indie drama “Clemency” (Neon) alongside Alfre Woodard and Aldis Hodge. “Clemency” debuted at the 2019 Sundance Film Festival and was a selection at the 2019 Toronto International Film Festival. Other film credits include starring in the Tribeca Film Festival selected short film “The Duke” about an NFL player who has suffered multiple concussions, as well as roles in Paramount’s “Daddy’s Home,” Netflix’s “XOXO” and Lionsgate’s thriller feature “Primal” opposite Nicolas Cage.

Born and raised in the San Francisco area and named after football legend Daryle LaMonica, LaMonica was destined for greatness in sports. Although athletics were a huge passion of his throughout high school and college, the arts were equally fascinating to him and he would always find ways to perform. From breakdancing and rapping to singing and dancing at local parks in the bay area, LaMonica had the acting bug. His talents in football would take him to college at Central State Ohio, where he played two seasons as inside linebacker. He then made the difficult decision to leave college early to pursue a full-time career in the NFL. After training with several teams, he realized his calling was not in football, and that he had to give acting a real shot. He packed up all his belongings and made the move to Los Angeles, obtaining a job working at FedEx upon arrival. His delivery route included the Warner Bros. lot, where he delivered packages to the cast of “Friends,” “Everyone Loves Raymond” and “ER.” LaMonica immersed himself in acting classes and worked on getting his foot in the door. In 2010, he began landing guest star roles on series including “One Tree Hill,” “Eastwick,” “10 Things I Hate About You,” “Parenthood,” “CSI: Miami” and “Single Ladies.” He also did a variety of recurring work, appearing on “Dark Blue,” “NCIS” and guest starring on USA Network’s “Suits,” which would open the door to a future relationship with the network. In 2011, he made his feature film debut with a supporting role in “Transformers: Dark of the Moon” for Paramount Pictures.

Aside from his work in film and television, LaMonica also has a love for the stage and in 2012 co-starred in David E. Talbert’s play Suddenly Single opposite Garcelle Beauvais and Isaiah Washington. The business side of filmmaking has also become a passion of LaMonica’s, as he recently made his first foray into the producing world, executive producing and starring in “Mouthpiece,” an urban hangover meets entourage type of film that is currently being shopped.

When not working LaMonica loves to do yoga, he is a comic book fan and enjoys working out and staying fit. He is also dedicated to working with underprivileged youth and supports various charity organizations that provide support for kids and teens.