Shea Whigham | It’s About The Work On this episode of The Story & Craft Podcast, we sit down with Shea Whigham.  He’s been acting in film and TV for years and always delivers a memorable performance.  He’s shown up in a variety of projects, such as Perry Mason, Joker, Vice, Sicario: The Day of The Soldado, American Hustle, Silver Linings Playbook, The Wolf of Wall Street and a recurring role in the Mission Impossible franchise.  You can now see him in the Starz miniseries, Gaslit, where he plays G. Gordon Liddy in this drama about the Nixon Watergate scandal.  It was a pleasure to sit down with Shea to talk story and learn about his creative path. 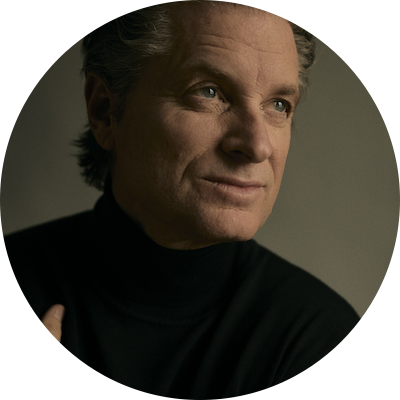 With a box office of almost $5 billion, Shea Whigham has proven himself to be one of the most talented actors of his generation, having worked with legendary film directors such as Martin Scorsese, Robert Redford, Terrence Malick, Werner Herzog, Oliver Stone, David O'Russell and Robert Rodriguez, as well as Hollywood's next generation of auteur filmmakers including Adam Wingard, Damien Chazelle and Jeff Nichols.

He will next be seen in Starz’s upcoming GASLIT reteaming with Julia Roberts and Sean Penn. The limited series, based on the Apple Podcast Slow Burn, follows the untold stories surrounding the Watergate scandal and the political demise of Richard Nixon and his subordinates. Whigham plays the ruthless and larger-than-life G. Gordon Liddy, the leader of Nixon’s bumbling White House Plumbers. GASLIT will premiere on Starz on April 24th.

Later this year, Whigham will again be seen as Pete Strickland in HBO’s Emmy nominated adaptation of PERRY MASON with Matthew Rhys taking on the role of the titular defense attorney. Currently in production, the show marked Whigham’s return to HBO after a memorable run on the much-lauded critically acclaimed series BOARDWALK EMPIRE for which he won a SAG Award for his role as Eli Thompson. In 2018, he earned rave reviews for his work opposite Julia Roberts and Bobby Cannavale in the Amazon series, HOMECOMING. He was nominated for a Critics’ Choice Award in the category of Supporting Actor in a Drama Series for his performance. The show follows a caseworker (Roberts) who works at a facility called Homecoming, which helps soldiers’ transition back to civilian life.

Upcoming, Whigham joins Tom Cruise in a secret roll in both MISSION IMPOSSIBLE 7 and 8, to be released in July 2023 and June 2024 respectively.